One of the most tiresome and tiring parts of moving to a new country is getting all the basic things done so you can legally function there: work permits, residency, tax registration, driving license, health care, etc. These are all things that citizens pick up as they become adults and take care of these things one at a time. When you’re settling in as a foreigner, you need to get them all done at more or less the same time. Meanwhile, you don’t speak the language, don’t know where to go, etc. 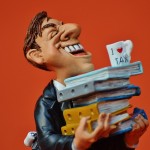 Often, expatriates get these things done for them, rather than have to do them themselves. In previous moves, we’ve had our employing schools take care of much of this type of thing, or at least provide good assistance. Other people often hire a “fixer” – someone who speaks the language, knows the process, and is willing to grease the wheels for a fee. Other foreigners in Portugal had suggested we hire someone like that. In particular, they said, Portuguese bureaucracy was difficult and government officials would speak no English.

We wound up without a fixer on the day we wanted to start our process. Bull-headed, I figured I’d soldier on and see what would happen. It was intimidating and scary, but I put on a brave face and headed out, figuring that if I failed miserably I could then get the fixer to help.

Surprisingly, it went very smoothly. Most of the people I’ve dealt with have spoken some English with me and all have been friendly and very helpful. Maybe I’ve got lucky (a few Portuguese friends have suggested as much), but I have another theory. 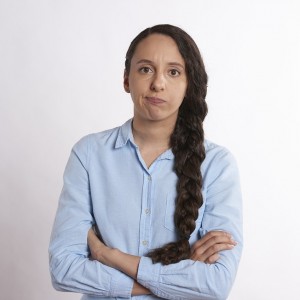 Consider this: Joe and Pete are queuing up to speak with Teresa, who works in the government licensing office. They’ve both arrived recently and are getting licensed to live and work here. Joe goes in first. He sits down and asks Teresa, “Do you speak English?” She shrugs and says “não.” He then pulls out his papers and pantomimes what he needs, speaking English with exaggerated slowness and loudness – just as he’d do with someone who doesn’t speak English in his native country. He might try a few phrases of the language but he persists with English, figuring that everyone learns it here in school since all the waiters and shopkeepers he’s met do. He walks away a great deal later, convinced that Teresa (and all the other bureaucrats here) are difficult and unfriendly.

Pete then comes up next. He begins by apologizing to Teresa in her language that he doesn’t speak the language well. He fumbles through various phrases that he’s prepared ahead of time, explaining that he’s just arrived and he needs his licensing. He has a phrasebook and translating app and does his best to use the local language to communicate. No doubt Teresa will find him an easier person to deal with. Certainly she will appreciate the fact that he’s trying to use the local language.

This morning, I’d gone to my third government office here. I did just as Pete did, with a notebook full of phrases in Portuguese that I’d prepared ahead of time. I apologized for my poor Portuguese, but soldiered on. I’ve done that in other offices, and people switched to English for me. Today, this “Teresa” in the city office only spoke Portuguese. But she was willing to mime, repeat things in more simple terms. slow down, etc. She put up with my fumbling and made the effort to understand what I was trying to say.

When my wife came in, “Teresa” said (in Portuguese) that it was great we were trying to learn Portuguese: that it was the language here and we had to leave English behind. She was laughing and complimenting us both on our efforts, and sent us on our way with our paperwork and smiles all around.

I am convinced that I’m finding the bureaucracy here easier than I’d thought mainly because I’m making a strong effort to speak in Portuguese. Sure, I’ve been lucky with the people I’ve met. It probably helps when I try to meet them at the beginning of the day when they’re fresh. I’m also lucky to have enough time to work on it without juggling job responsibilities or schedules. But it really seems to me that my efforts in the language are key in being treated well.

What I’m writing about…